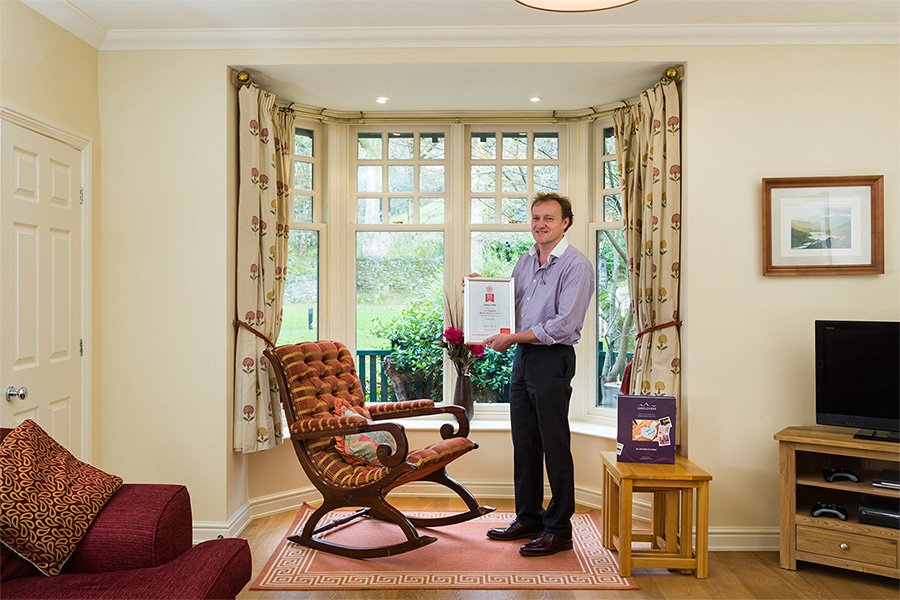 In October 2015 VisitEngland announced the launch of the ROSE Awards; a new National industry honour, in recognition of service excellence.

Ambleside self-catering business Pudding Cottage, owned by Mr and Mrs Morrison and marketed by Lakelovers, is one of only 19 self-catering holiday cottages across the country to receive the coveted award in recognition of ‘going that extra mile’.

Congratulations from Lakelovers to Pudding Cottage for being one of the first recipients of the much-anticipated ROSE award; Pudding Cottage is a truly special holiday cottage and we are proud that the excellent service this cottage delivers is recognised”, said Paul Liddell, Managing Director of Lakelovers.

Here at Lakelovers we set our standards high and we pride ourselves on holding the most VisitEngland 3 to 5 star rated properties, as well as the largest collection of Gold rated self-catering properties in the Lake District,” added Paul.

“Our new ROSE awards focus on areas of excellence that all businesses can aspire to, aiming to provide inspiration to all. Celebrating those who go that extra mile by raising standards, they will no doubt encourage others to raise their game,” said VisitEngland’s Chief Executive James Berresford.

Jacky Morrison received the news from Lakelovers congratulating her on the award and her first thoughts were:

I was surprised and delighted that Pudding Cottage had been assessed as being in the list of the nation’s top 20 holiday cottages”.

The award is a first of a kind for the holiday accommodation industry, in that the nominations are put forward by quality inspectors and so the first Jacky heard of the award was when she found out she had won the prestigious accolade!

100 accommodation business in the UK, across all regions, have been awarded the ROSE Award in the first year of its launch for going ‘above and beyond in delighting their guests’.

Of 100 holiday accommodation businesses given the award, only 19 are self-catering properties and Pudding Cottage now rubs shoulders with the likes of famous venues on the 2015 ROSE award honours list, which include London’s famous Goring Hotel in Belgravia and London’s trendy Z Shoreditch as well as the well-known Lake District Gilpin Hotel & Lake House.

The award is designed to showcase those establishments that provide the warmest of welcome, the 100 recipients will include accommodation providers; places where the owners, managers and staff really know how to delight their customers, irrespective of their star rating, style or type of accommodation.

Pudding Cottage is Mr and Mrs Morrison’s only self-catering business, which they bought 13 years ago after spotting a gap in the market.

We rented in the Lake District so many times through Lakelovers”, said Jacky.

13 years ago when Mr and Mrs Morrison had young children they spotted a niche in the market and decided “put your money where your mouth is”. After several unsuccessful trips up and down the motorway to the Lake District they stumbled upon a tractor working up a track on some barn conversions – the beginnings of the delightful Pudding Cottage.

Lakelovers were very helpful with advice, and the couple jumped in and today have several awards under their belts for their Cumbria holiday cottage, including TripAdvisor 2014 Certificate of Excellence, in ‘The Times Top 50 cottages for families 2013’, No. 1 by guest rating on TripAdvisor 2012/2013 and 2014 for Cumbria, Winner of TripAdvisor Best Vacation Rental Award.

“We know our market very well”, said Jacky explaining that Pudding Cottage is perfect for families with children eight and under, where the property is fully catered with stair gate, bed guards, toddler walker, outside toys and indoor toy box, 100 kids DVD’s, dolls house, plastic cutlery and high chairs to name a few.

The house even has a craft box. “For when you’re stuck in the house in the wet Lakes with young children wondering why you came on holiday!” said Jacky.

The owners of Pudding Cottage clearly put a lot of thought into catering for their niche market but they maintain that they try to keep 5 star standards also, with original artwork and gift box upon arrival – all just kept out of little fingers reach!

The owners also undertake regular maintenance work and painting regularly as part of the cost of the business of servicing the young family market. For this they rely on Lakelovers , which works well explains Mrs Morrison.

Those recognised by the Visit England ROSE Award this year include 60 B&Bs / guest accommodation, 19 self-catering, 16 hotels, 2 parks/campsites, 1 narrowboat, 1 serviced apartment and 1 glamping site. Star ratings range from two-star to five-star B&Bs, Hotels and Self-catering. Every region across the country is represented.

Lakelovers collection of luxury cottages in the Lake District, is one of the largest. If you’re considering letting your property as a holiday home or investing in a property in the Lake District to rent out, please get in touch with the Lakelovers Windermere office on 015394 88855 for a copy of our Owner Information Guide or to discuss your individual needs. 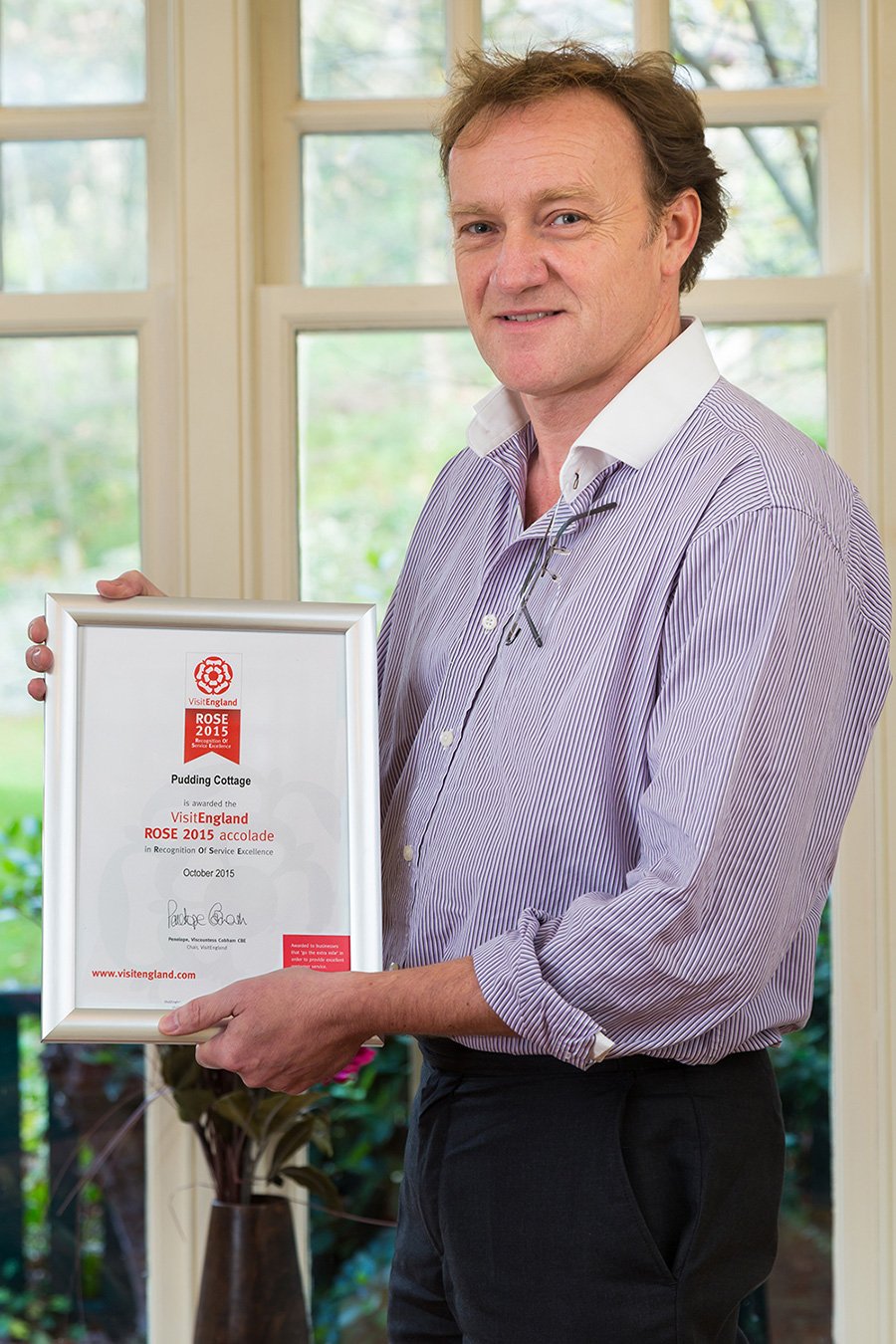 “Congratulations from Lakelovers to Pudding Cottage for being one of the first recipients of the much-anticipated ROSE award,” said Paul Liddell, Managing Director of Lakelovers. 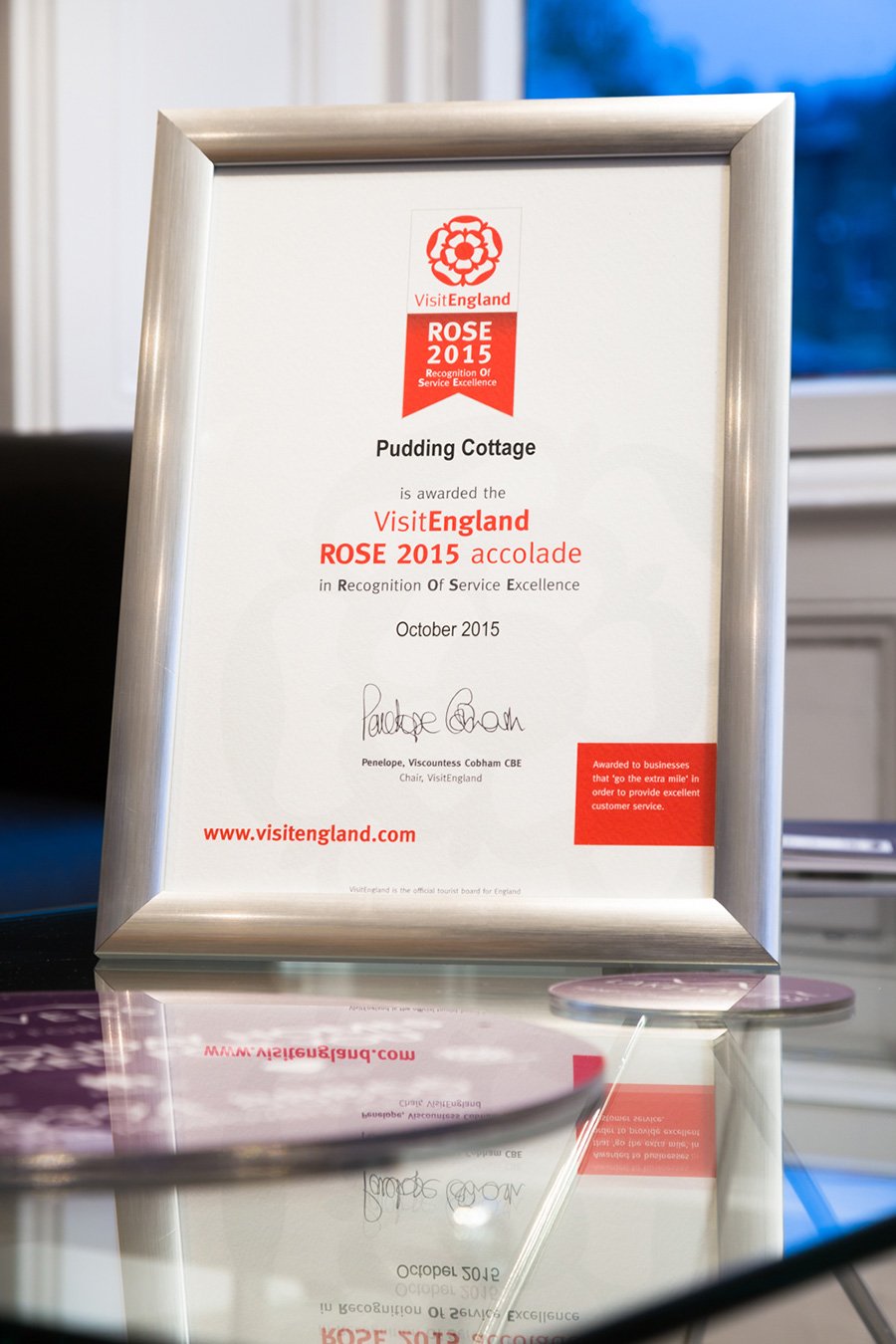