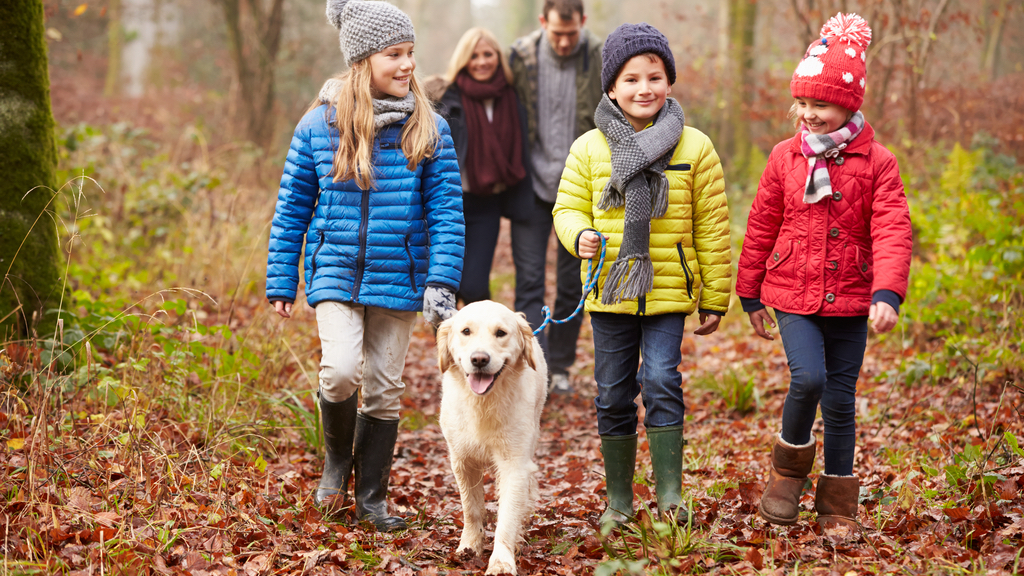 A Guide to the Lake District’s Forest Trails

Discover four of our favourite forests in the Lake District and the best trails, including what to look out for and where to get a hot drink and some cake afterwards.

Forests or ‘wildwood’ as they were once known, started appearing in Britain after the last ice age, 2.6 million years ago. The Lake District lays claim to England’s only true mountain forest, Whinlatter Forest, as well as some of the oldest as well as biggest ‘giant’ trees in the country.

Today forests cover only 13% of the UK, compared with ancient Britain where 20% of Britain was a swathe of borderless evergreen.  In autumn, this green is magically transformed into a world of oranges, reds and yellows. As bonfire night fast approaches and we look forward to all things whiz, bang and pop, our forests are putting on their very own fiery display. There’s nothing that beats being deep in a forest trail at this time of year. Birds call from the canopy and it is difficult to see where the ground ends and the trees start, as a thick carpet of autumn leaves blanket the ground. The smallest breeze sends a flurry of leaves filling the crisp, fresh air. The low autumn light dances through the part-naked trees. Autumn Lake District forests are a photographers dream season and we are excited to share our favourites with you.

Under their protective canopy, you’ll experience lots of firsts too. The first sighting of England’s iconic red squirrel or a red deer; mastering cycling by riding without stabilisers for the first time; see an Andy Goldsworthy sculpture up close; mushroom foraging; mastering booter’s and berms on your new 2-wheel ride. 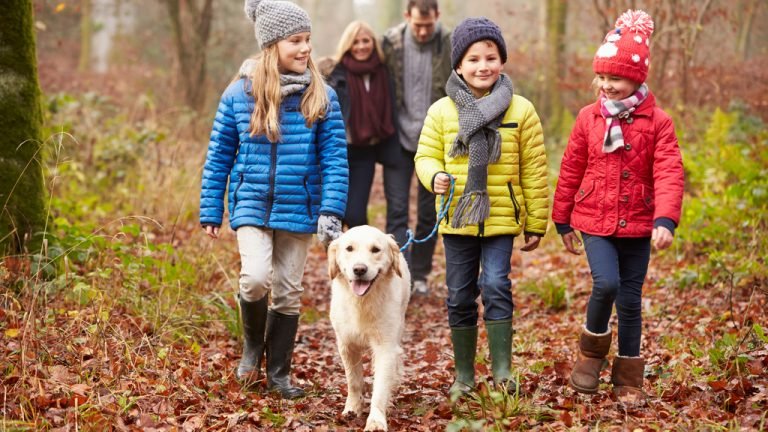 If you’re looking for something to do with the kids this October half term, then both Whinlatter and Grizedale Forest are good-size forest parks with great amenities, like cafes, toilets and car park, and are jam-packed with family-friendly trails and outdoor adventure play areas.

This October half-term a brand-new ‘Shaun the Sheep trail’ visits both Whinlatter and Grizedale Forest, in partnership with the newly released Farmageddon film. Read more here in our blog Things To Do This October Half Term in the Lake District. Let’s hope there are no grumpy Lake District farmers about! The Alhambra Cinema in Keswick is a beautiful theatre-style cinema and a lovely alternative that we’d recommend for catching some family entertainment.

Whinlatter Forest Park is, in fact, England’s only true mountain forest rising 790m above sea level and giving wonderful views across Derwentwater, Bassenthwaite Lake as well as the Skiddaw and Helvellyn mountain ranges. The wildlife here is special too because of this unique vantage point, where there are acres of wild forest.  At this time of year, look out for the iconic red squirrel as well as the wonderful Ospreys that nest here!

Whinlatter is a huge park and is only 4-miles from Keswick. It offers 9 walking trails and 3 cycle trails. There are leisurely cycling and beginners riding as well as some of the best natural cross-country descents in the country, including two of the best purpose-built MTB routes in the UK.

There’s Whinlatter Visitor Centre cafe, GoApe tree net and zip wire activity centre and one of the Whinlatter’s secret gems is her outstanding children’s outdoor play area, WildPlay. This has up to 9 different play zones and includes water play as well as climbing.

A stones-throw from Whinlatter Forest Visitor Centre is The Cottage in the Wood – one of the Lake District’s newest restaurants to receive the coveted Michelin-star, just announced this October. So it is best to visit this north-western corner of the Lake District before word gets out. 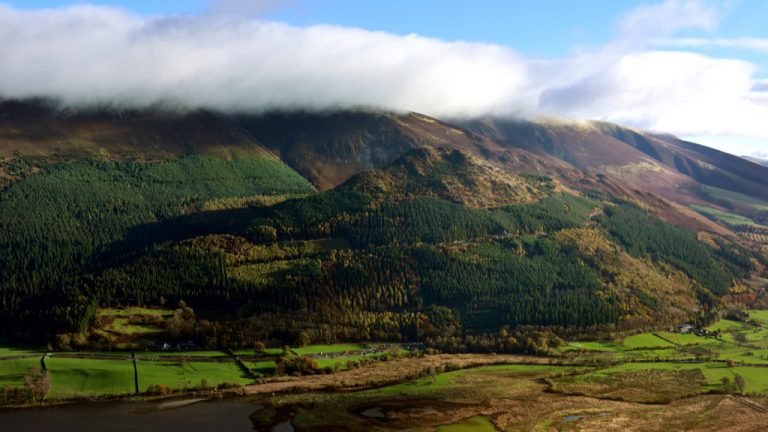 Dodd Wood is only a few miles north of Keswick. It is a petite woodland and fell, offering 4 walking trails, a cafe, toilets and picnic benches. However, it makes up for its size with spectacular views afforded from the 502m summit that are delivered for very little effort.

Dodd Wood occupies a very enviable spot, lying snugly on the south-eastern shore of Bassenthwaite lake (the northernmost body of water in the Lake District) and on the other side, there lies the iconic mountain, Skiddaw (the sixth largest peak in England).

The pay and display car park for Dodd Wood is on the A591, 4-miles west of Keswick, and is where you’ll also find the lovely The Old Sawmill Tearoom. Dodd Wood and its Sawmill were established in 1790 by the Mirehouse Estate, just down the road. In fact, a visit to the Mirehouse Estate a real hidden gem. It has won Visitor Attraction of the Year in formative years and offers visitors a real taste of life in a typical 16th-century country manor house and gardens. The children’s outdoor adventure playgrounds, of which there are 4 different courses, are superb and don’t get too busy. A beautiful 1-mile walk takes visitors from the estate gardens through woods and on to Bassenthwaite Lakeshore.

Bassenthwaite is one of the largest bodies of water in the Lake District, stretching an impressive 4-miles in length, and it attracts wildlife like Atlantic salmon, which come to spawn and Ospreys, that nest and feed in and around the lake. It is the Ospreys that Dodd Wood has become famous for as there are several Osprey viewpoints set up in the upper and lower parts of the wood. April to September is the time to see the magnificent birds in flight, as they swoop back and forth from nest to the lake. At Dodd Wood, there are telescopes available for public use as well as live CCTV footage of the magical Osprey nests.

Out of Osprey season, the 3-mile Dodd Wood Summit walk is the most popular trail here and it is because the Forestry Commission have purposefully cleared away some of the trees to reveal one of the most spectacular and little-known views in the Lake District. Take the less than 3-mile walk to the summit of Dodd Wood and on a clear day, enjoy panoramas stretching out to 40 major peaks and all the way out to the Solway Firth. The views of Bassenthwaite and Derwentwater are simply outstanding. From here, a trail up to the summit of Skiddaw is a popular route when the weather permits.

Take in the magnificent Douglas Fir trees that are on the family-friendly trail closest to the car park, of which some of the oldest, ancient trees in the Lake District can be found.

The ‘dale of the pigs’ is the Norse-inspired origin of the name Grizedale, owing to the pigs kept in the ‘wildwood’ in this valley some 10 centuries ago. The monks of Furness Abbey were the first true custodians of Grizedale Forest, which they used for grazing pigs and the small-scale production of timber for house building. Today’s existing Visitor Centre building is constructed from a range of buildings that were once Grizedale Hall, which originally dates back to the 16th century. Grizedale Forest coppice was highly productive and used for charcoal production for lots of industries, including iron production. Evidence of this can be found across the forest park.

Grizedale park’s impressive Visitor Centre is a hive of activity all year around. It is a very popular cycling hub and offers trails for all abilities, including the famous North Face red-grade route. Mountain bikes and electric bikes are available for hire or bring your new ride or test yourself against the best natural forest cycling routes in the UK.

For walkers, there are two forest ridges rising on either side of Grizedale valley with several walks on both. Starting from the Visitor Centre are two of the most popular Grizedale walks. One is the Carron Crag Summit trail. It is a strenuous (314m climb) but short (3-miles) hike to the top but you are rewarded with uninterrupted views of Coniston Old Man and the Central Fells. There’s also a short, less than a mile, trail from the Visitor Centre that is perfect for little legs and takes in some of the oldest trees in Grizedale. On the other side of the road from the Visitor Centre is the newly built The Yan art gallery and from here there are several trails, including the easiest as well as the longest (10-miles), which takes in all of Grizedale Forest. Kids will love the ‘musical trees’ on the short Ridding Wood Trail (1-mile), which are giant interactive, musical clockwork sculptures.

Along with adventure and outdoor sports, Grizedale is also famous for being the UK’s first forest for sculpture, and several of the walking trails take in some of the most popular sculptures. The car-park is pay-upon-exit, and most easily accessed via the village of Hawkshead, 4 miles away. 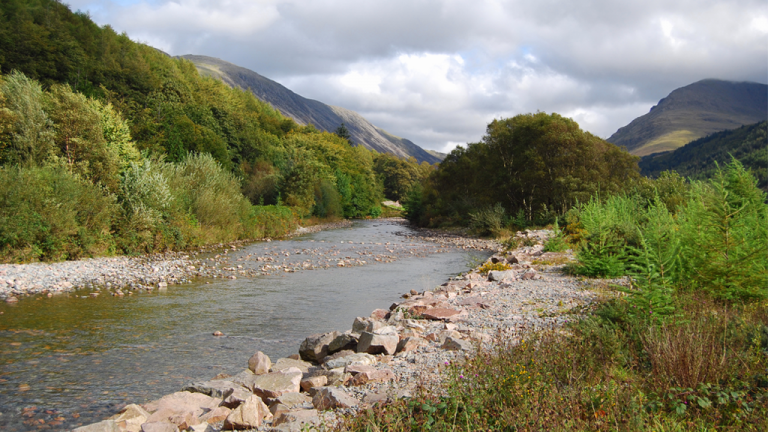 The Ennerdale Valley is the most remote in the Lake District and it is where you’ll find Ennerdale Water, the most westerly-lying of the Lake District’s 16 bodies of water. This blissfully quiet valley is lined with the most unspoilt and one of the largest forests in the Lakes, Ennerdale Forest. At 20km, Ennerdale Forest stretches from the shore of Ennerdale Water along to the head of this 7-mile valley that ends at Great Gable, with a myriad of forest tracks and trails along the way. The principle trail is a linear one along the valley. You take the Forest Road from Bowness Knott Car Park (maps are available here) to Black Sail Hut youth hostel. This is a flat, but long route (11.4 miles ). It can be shortened by turning at Middle Bridge and returning on the opposite side of the River Liza, passing via Moss Dubb tarn. At Gillerthwaite look out for the Lake District’s iconic Red Squirrel. Alternatively, simply walk to Moss Dubb tarn from Bowness Knott. There are also around 100 Roe Deer that have made Ennerdale Forest their home. They are best spotted either dusk or dawn, but it can be fun looking out for signs for them as you walk the forest trail, such as hoof prints, droppings and flattened down vegetation. Will you also spot one of Europe’s smallest birds, the Goldcrest, which can be found in the Ennerdale treetops. Birds that you may hear before you see are the Buzzard and the Peregrine Falcon, that also nest in Ennerdale Forest, feeding from the water.

A shorter walk is the 2-mile Smith Beck forest trail, which is a real hidden gem of a family-friendly forest trail. It also follows the Forest Road from Bowness Knott along the shore of Ennerdale Water but it is circular, looping walkers back to the car pack through open woodland, past the magical Smithy Beck waterfall, the site of the medieval Smith Beck Bloomery, pooh sticks at Dry Beck Bridge and past the rows of Juniper Spires.

Lying 10-miles inland from the coastal town of Whitehaven, Ennerdale Forest, whilst off the beaten track, is only 12-miles from Cockermouth and 22-miles from Keswick. There are two pubs in the nearby village of Ennerdale Bridge as well as a contemporary cafe, The Gather, with a shop, cafe and toilets.