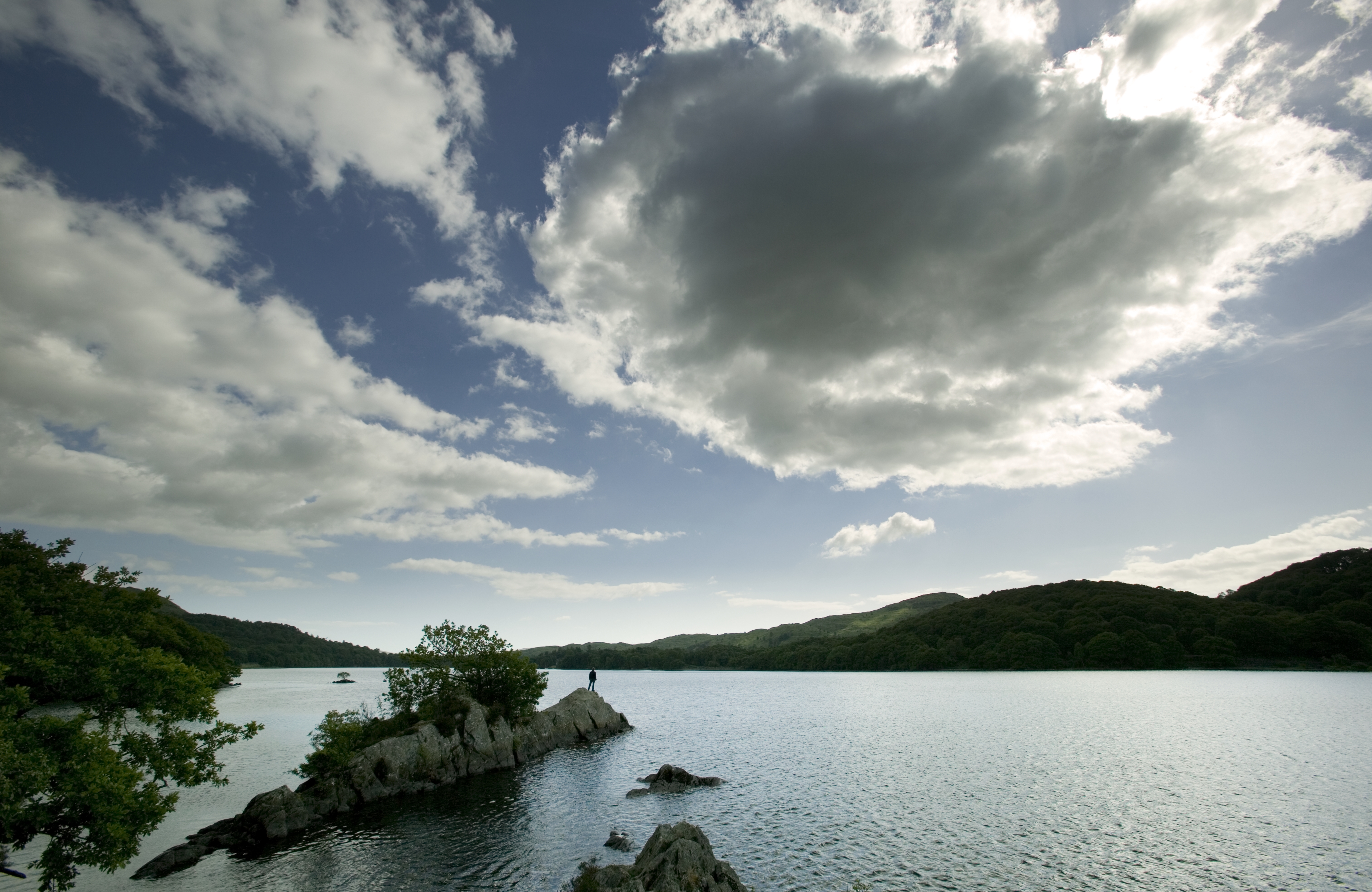 Things to Discover in the Lake District in 2017

The Lake District is renowned for walking and its mountains but there’s much more to discover about England’s much-loved national treasure – it’s dark skies , authors , waterfalls and history.

So, here are some of the things that you can discover in the Lake District in 2017.

The Low Gillerthwaite Field Centre in the Ennerdale Valley is an accredited ‘Dark Sky Discovery Site’ and probably the best place in England to view the night sky.

It’s isolated, mountainous setting means that it is largely free of light pollution and the Northern Lights have been spotted here.

They have planned events, which are free and a great way to experience the night skies.
Dark Sky  Discovery

Thought to be Arthur Ransome’s inspiration for Wild Cat Isalnd, Peel Island on Coniston Water is a place you’ll want to explore.
It was also used as a setting in the film adaptation of Ransome’s ‘Swallows and Amazons’.
So, how about having your very own exploration in the Lake District?

Perhaps hire a canoe from the Coniston Boating Centre, paddle across the lake and explore the island as well as Fir and Oak Islands.

His poem ‘daffoldils’ is a literary great , but did you know that William Wordsworth was inspired o write his most famous poem after a visit to Glencoyne Park – now known as Wordswoth Point – In 1802.
When Willam and his wife, Dorothy, walked past the Bay in Ullswater on their way back to Grasmere, it is thought the scene before his eyes, gave him all he needed to write:

“I wandered lonely as a cloud
That floats on high o’er vales and hills,
When all at once I saw a crowd,
A host, of golden daffodils;
Beside the lake, beneath the trees,
Fluttering and dancing in the breeze.” 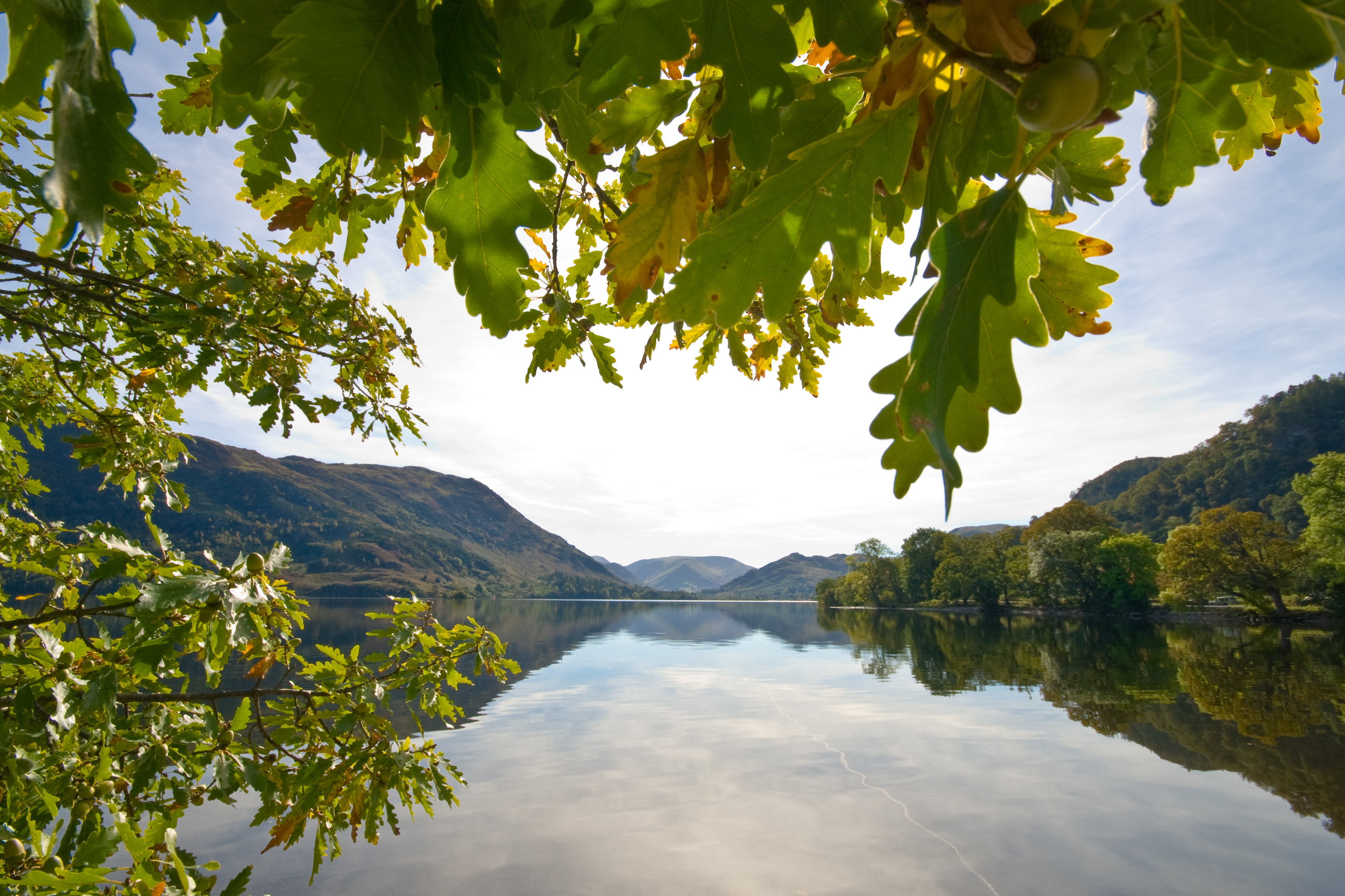 And it wasn’t the onlone it of beauty of the n the Lake District, which made Wordsworth feel compelled to write.

He also wrote three poems about Aira Force, the most well known being ‘The Somnambulist’ – an ancient tale of knightly love and death, of which the last verse seems to catch the spirit of Aira Force.
If you’re visiting the Lake District in the spring, then another nice place to see a vast array of the daffodils associated with the great writer is a Dora’s Field, beside his former home at Rydal Mount.
.

4. The Smallest church in England (well, one of)

By the highest mountain in England, you’ll find one of the smallest churches set in the Viking Fields of Wasdale – where Viking influence can be seen in the architecture with the roof beams thought to have come from Viking Ships.

The little churchyard is also a resting place for many of the climbers who died on the surrounding fells. And, a stained glass window of Naples Needle and acts as a memorial to those of the Fell and Rock climbing club, who died in the First World War.

The popular choice is a stop-off at her 17th Century farmhouse, which she bought with the royalties earned from Peter Rabbit.
The Hill Top home, owned by the National Trust, is very much as Potter lived in it and look around the home with her books and see if you can spot the elements such as the grandfather clock and the staircase.
And, the garden is laid out just like Mr McGregor’s garden, where Peter, Tom Kitten, Samuel Whiskers and Jemima Puddleduck all had fun.

Beatrix Potter Gallery
Then, there’s the Beatrix Potter Gallery in Hawkshead where you’ll discover many of her original sketches and watercolours from her beloved children’s stories.
The gallery was formally William Heelis’s solicitor’s practice. William was Beatrix’s husband and it’s most likely that Beatrix and William met here after Beatrix had purchased Hill Top in 1905. 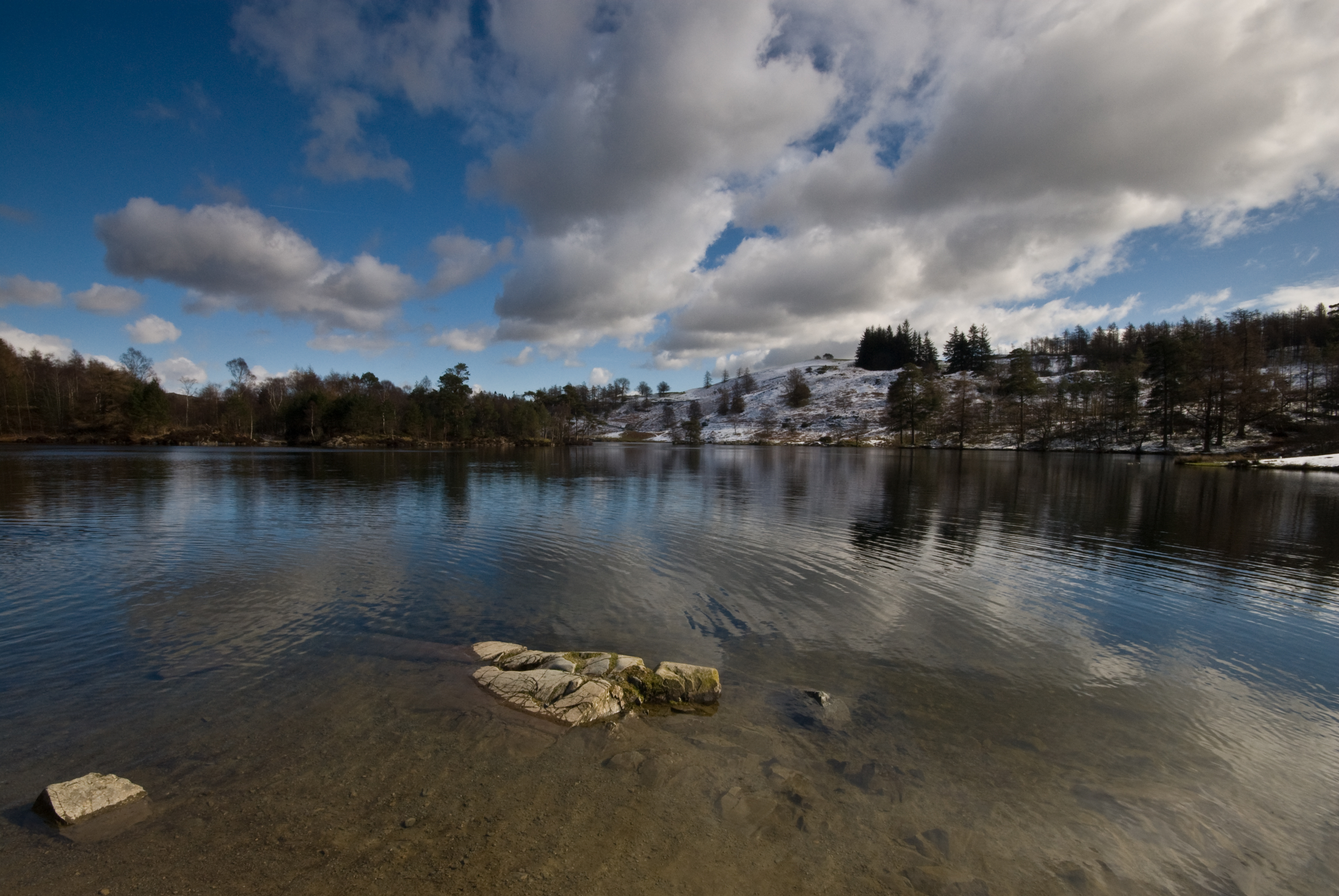 Wray Castle
She also stayed at Wray Castle on a family holiday when she was 16 , where you’ll find a full room dedicated to Ms Potter and her love of Lakeland life, including becoming a prominent member of the farming community.

Ms Potter even won prizes for her Herdwick sheep and became president of the Herdwick Sheep Breeders Association.
The Lake District was just a place that inspired her world famous little books, but also a place she fought fiercely for, with its conservation high on her agenda.

Walk around the countryside she loved and bought to protect it from development, including, Tarn Hows and Monk Coniston.
Other places to visit include: Hawkshead, the village of Near Sawrey, where she lived for nearly 40 years.

There are many waterfalls in the Lake District, particularly spectacular after a heavy bout of rain. The beauty is that you don’t have to hike to them all – an amble is all it takes.
And, if you like a bit of photography, try out your skills.
Here are some of the best ones: 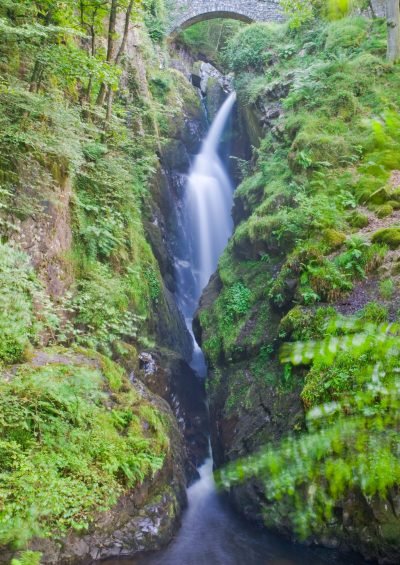 Aira Force, Glenridding.
This is probably the most popular waterfall in the lakes and with a 70-feet fall, it’s a spectacular one too.
It is reminiscent of a Victorian Park and there is history attached to the Howard family, who created an arboretum below the waterfall containing more than 200 conifers from across the world.
Others include:
Stanley Ghyll, Boot;
Lodore Falls, Keswick;
Stock Ghyll Force, Ambleside – where once there where 12 water mills were once driven by its power.

They’re mysterious and steeped in history – back to the Neolithic times and there are several dotted across Cumbria.
Perhaps the mist famous is the CastleRigg Stone Circle, Keswick – it’s almost one of the most atmospheric and picturesque sites with fabulous views Helvellyn. 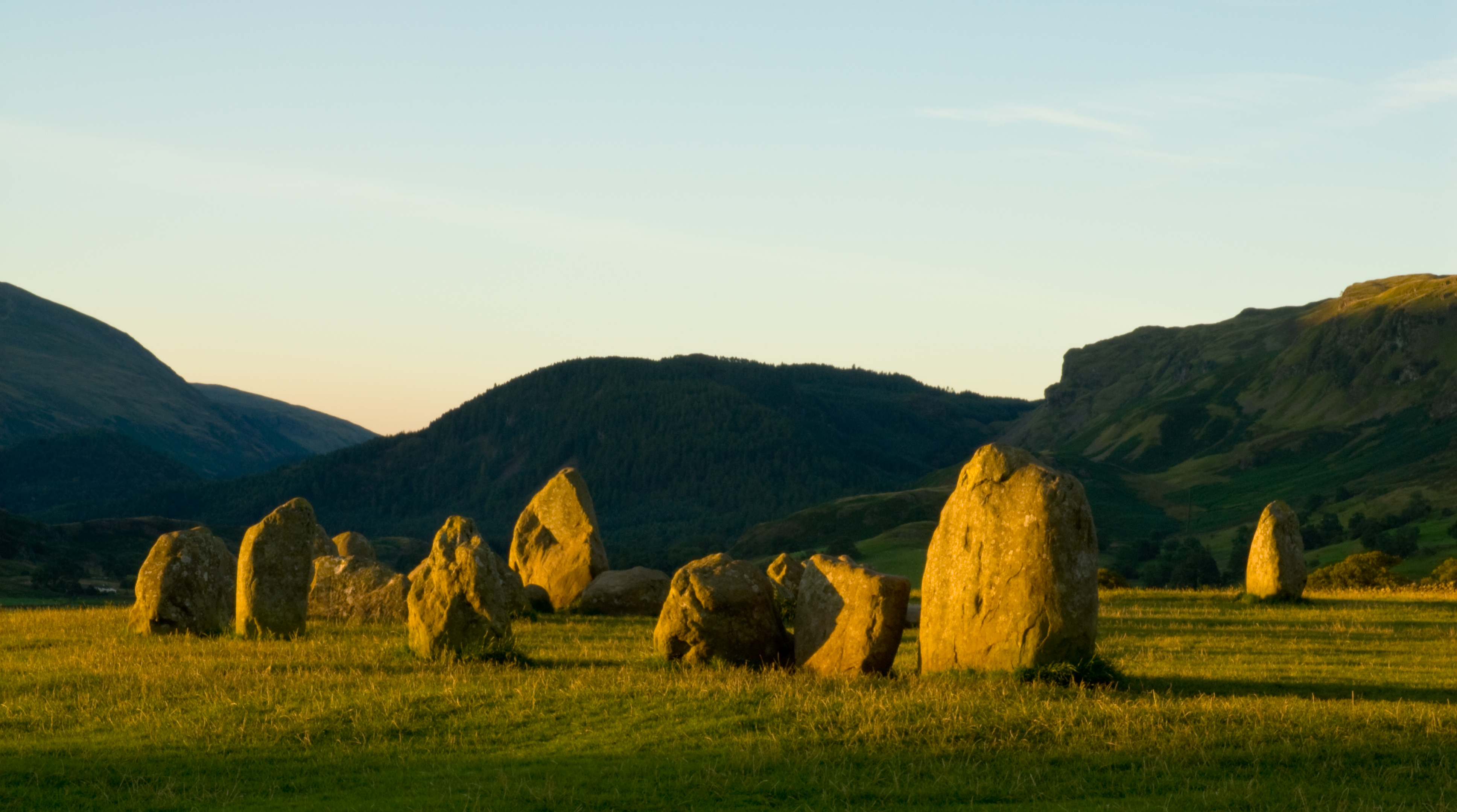 It’s thought to be among the earliest British circles and has 38 large stones, raised in about 3000 BC.
Other stone circles, include:
Cockpit Stone Circle,
Swinside Stone Circle
Burnmoor Stone Circles

Self-catering cottages in the Lake District

If you want to sample life in the Lake District, then we have the perfect Cumbrian Holiday Cottages across for your stay.

We have more than 450 homes, all of them VisitEngland inspected and graded. So, with your accommodation sorted, you’re free to discover all that the Lake District has to offer.

Whether a romantic bolthole for 2 or a sleeps 20 for a family gathering, call us on 015394-88855 and we will help you find the perfect holiday cottage for you.