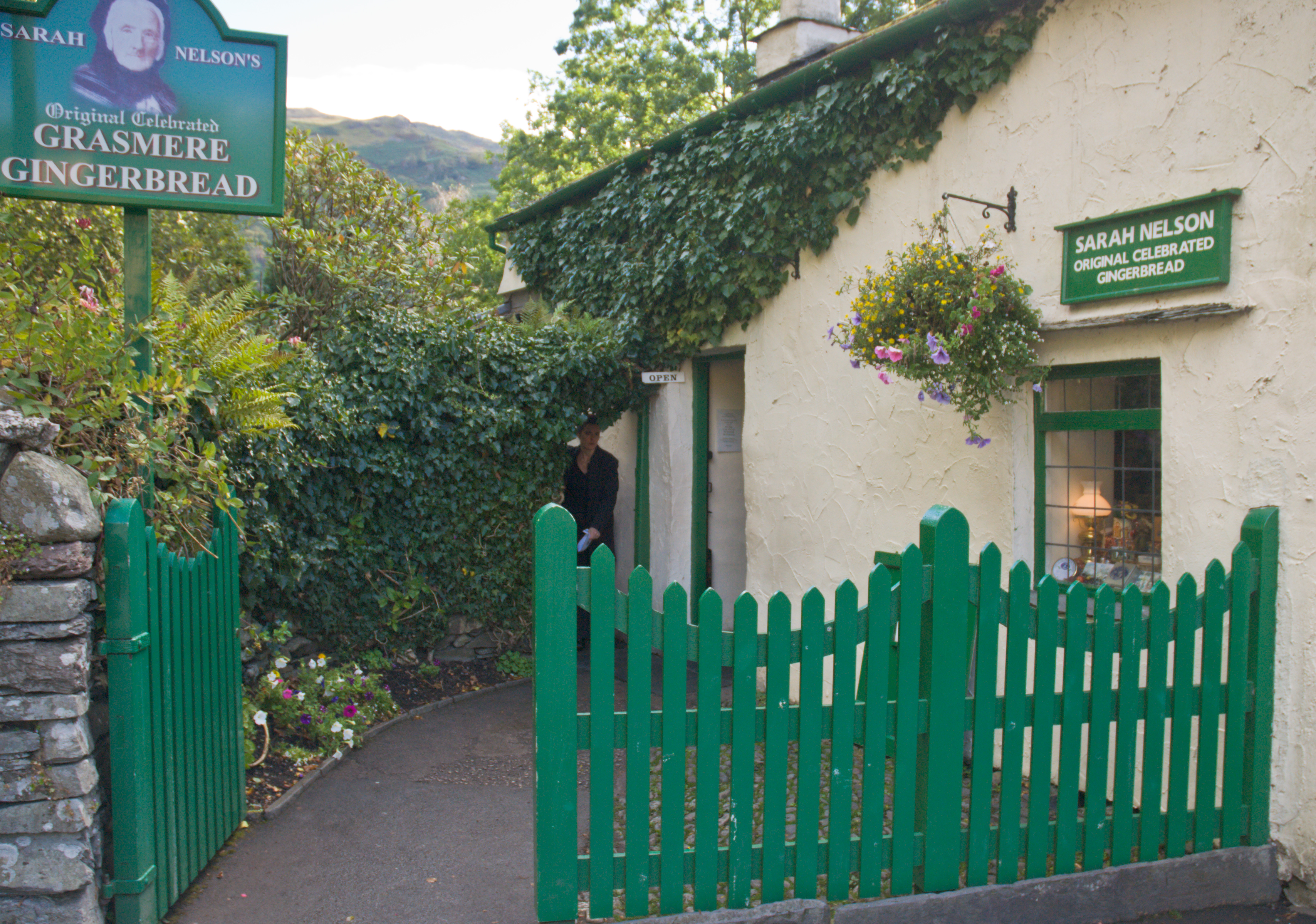 Fancy a weekend in the Lake District World Heritage site?

And what better time to come and explore the world’s finest Lake District holidays.

The UNESCO bid, which has been in the workings for 16 years by the UK’s Lake District National Park Partnership, has won the category Cultural Landscape, based on the Lake District’s ‘Outstanding Universal Values’:

The category of Cultural Landscape was actually added further to previous deferred Lake District bids, which found the Lakes did not ‘fit’ – and it is this unique identity which has finally won the Lake District the title of the UK’s first National Park to receive World Heritage status.

We are The Lakes

The Lake District landscape has been shaped for thousands of years, by both its communities and geographical shifts.

And what a spectacular landscape she is.

The dramatic mountain ranges, gushing waterfalls, natural tarns and clear water lakes, along with the pastoral, farmed valleys. Then there’s the daffodil strewn, pebbled lakesides, and fellside farmsteads – a patchwork of stonewalls, wildlife and ancient traditions, making the Lake District the UK’s most beautiful living and working National Park and a place that everyone should visit.

The breathtaking views, the freshest of air, bleating of Herdwick sheep, river-dipping of Kingfishers and Osprey; smells of bracken, wild garlic, gorse; and sense of freedom and space, should be experienced by all.

But, as providers of Lake District holiday cottages for 40 years – yes, we celebrate our 40th this year – we would like to celebrate this news, by taking a look at some of the people, visitors and local communities, who have shaped this truly special National Park.

Us, you and generations to come are the evolving masterpiece that is the Lake District. Let’s take a look at some of the interesting characters shaping the Lake District – Identity, Inspiration and Conservation.

Working in her tiny whitewashed kitchen in 1854, Sarah, like other entrepreneurial women of the Lake District, had no idea of the legacy she would leave. Or did she?

‘None genuine without trade mark’, reads her distinctive brand slogan from 154 years ago. Apparently, Sarah gave this trade mark to distinguish her gingerbread from the many other gingerbread’s sold in the central Lake District. Hers is a spicy-sweet confectionery, neither biscuit or cake, which she sold to Victorian tourists from a table top on a tree stump outside her cottage (former village school, where William Wordsworth once taught).

And her famous Gingerbread has been attracting tourists and glitterati ever since! Some big names include, Tom Cruise, Jamie Oliver and Renée Zellweger, who have all popped into the shop to try the superb gingerbread, of which the original recipe resides in the vault of an Ambleside bank.

The Lake District has strong associations with so many legends like Sarah, giving the region its unique identity.

These include: Donald Campbell and his World Record Speed breaking achievements on Coniston Water; Beatrix Potter, creator of the globally-loved Peter Rabbit tales and illustrations. The entrepreneurial author, whilst London born made her fame in the Lake District. She left almost £8 million (today’s value) to her husband and 14 Lake District farms and 4000 acres to the National Trust, on her death. Potter produced 28 books, translated into 35 different languages, and made the first ever Peter Rabbit doll herself.

What characters there are in the Lake District.

Arthur Ransome, choosing a life in the Lake District, writing his famous children’s adventure stories, Swallows and Amazons, over a full time position in London as a journalist for the Guardian newspaper, this famed visitor to the region, gained a reputation as one of the best English children’s writers for his work inspired by his childhood adventures on Coniston Water; Cumbrian-born poet William Wordsworth gained worldwide notoriety by helping to launch the Romantic Age in English literature. Following the publication of Lyrical Ballads with Samuel Taylor Coleridge, Wordsworth returned to reside in the Lake District for the rest of his life where he penned some of his most famous work.

The Lake District is a melting pot of creativity, from both visitors and residents alike, with its very own unique identity.

From Michelin star restaurants, of which the region now has 4, to award-winning attractions, you have to come and visit to enjoy her character!

Sit on the bench at the Lake District’s famous viewing point, Friar’s Crag, Derwentwater Keswick. From here you can enjoy the same scene that Neolithic settlers perhaps did some 6000 years ago. And indeed, a view that inspired acclaimed art critic and tourist, John Ruskin, almost 200 years ago.

The Lake District is filled with world-famous views and we invite you to come and enjoy some of the most inspiring landscapes around. 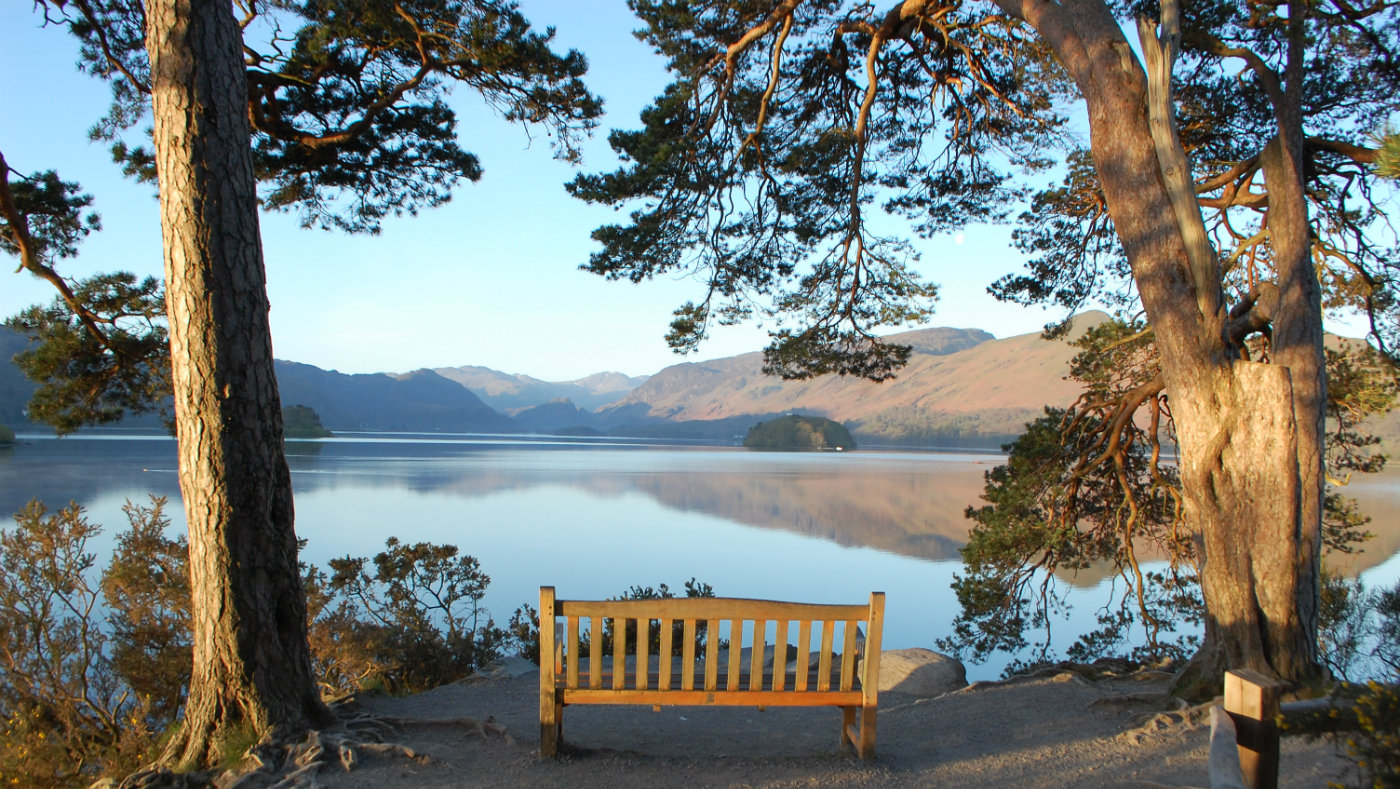 Visit this particular viewing point on a still summer evening, where the water is still and the mountain reflections are mesmerising. From this promontory on Derwentwater’s eastern shore, take in one of the best sunsets in the world, and stay until the solar rays fade and enjoy a display of over 4,000 stars with no artificial light pollution, in a cosmic experience like no-other. From here you will see why a visit to the Lake District has been inspiring some of the world’s greatest thinkers for centuries.

During the reign of George IV, a 5 year old boy, John Ruskin, who would go on to be one of England’s most influential writers and social commentators, stood at this very point with his nurse – a memory that inspired him for life.

“The first thing which I remember as an event in my life was being taken by my nurse to the brow of Friar’s Crag on Derwentwater.” (John Ruskin)

And the view, across Derwentwater into the craggy Jaws of Borrowdale and north to the gentle Skiddaw formation and the pastoral valley where Keswick is sprawled, is the very same view that is inspiring visitors and locals today.

With this love of the Lake District was born a movement to preserve it. A conservation movement that lives on today so the 5 years olds of the future can continue to be inspired and moved by this special place. We are proud that this World Heritage Status recognises all that this region has to offer.

From the craggy outcrop, you can see over to Brandlehow Wood’s, a 108 acre estate, and which was the first property in the Lake District to be acquired by the National Trust. Friar Crag was bequeathed to the National Trust upon on the death of its founder, Canon Hardwicke Rawnsley, and a plaque unveiled by Ruskin can be seen set into the wall honouring his memory and work protecting the Lake District for generations to come.

Ruskin later described the view at Friar’s Crag as the very finest in Europe and that Keswick is almost too beautiful to live in.

For both, early childhood visits as well as in-depth explorations from keen walkers such as Alfred Wainwright, the Lake District has inspired some of the greatest thinkers in the world and with its preservation the same views and scenery can be enjoyed for years to come.

Meet Canon Hardwicke Rawnsley, one of three founders of conservation in the UK and afar. The National Trust is 122 years old this year and was inspired and born in the Lake District.

Whilst writers and artists, such as Beatrix Potter, William Wordsworth and John Ruskin, can thank the inspirational tonic that is the Lake District landscape for some of their greatest work, the invention of Victorian Tourism was threatening all they loved and they desperately wanted to preserve it. Indeed, Wordsworth can thank tourist guidebooks, who were largely instrumental in making his poems, such as I Wondered Lonely As A Cloud, ‘souvenirs’.

Love of the newly discovered Lake District in the early 19th century was so great, that a movement to preserve it was unstoppable, and indeed this conservationist thinking was the forerunner for National Parks globally, including the US.

There are wonderful National Trust and English Heritage sites to visit across the Lake District, as well as local museums and galleries:

The coast and beach at Morcambe Bay

Farming, tourism, walking, rock climbing and watersports, mining and water management. So many people have shaped this landscape.

The Lake District landscape is a unique masterpiece, crafted by the tribes, communities, tourists, legends and custodians that have worked and visited this region over the centuries.

We look forward to welcoming you and your tribe (pets stay free with Lakelovers) to enjoy a holiday in this truly special World Heritage Site.