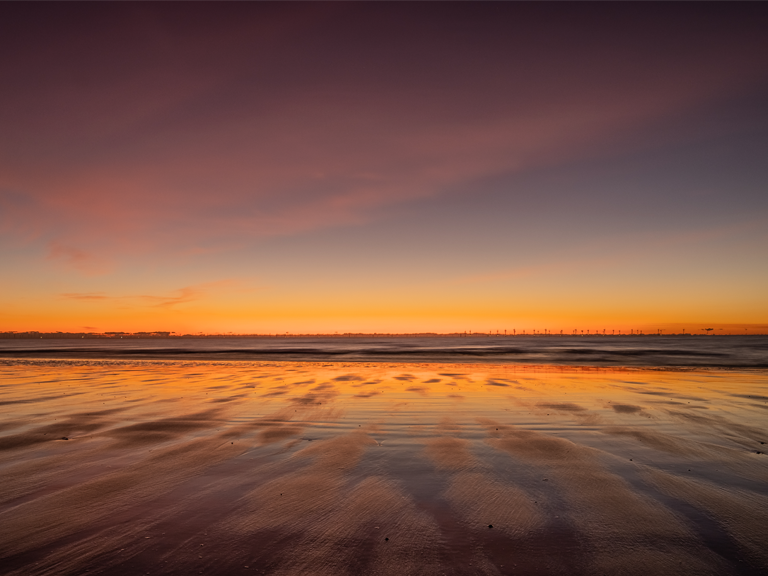 Cumbria’s West Coast is home to one of the most beautiful stretches of coastline in the UK, part of which lies within our wonderful Lake District National Park. A brand-new photography exhibition is showing off all that glitters and shines along the hidden gem that is Cumbria’s West Coast, both past and present.  Visit the exhibition in Barrow to see beautiful images of giant sea turtles, ‘screen girls’, portraits from the 1970s and atmospheric black and white landscapes. Visit the Lake District’s West Coast and experience white beaches and mountains, seals and highland cows, majestic steam train rides and inspiring waterfall walks off the beaten track.

Let’s discover all that shimmers and shines in this little-known part of the Lake District with our guide to the West Coast of Cumbria. 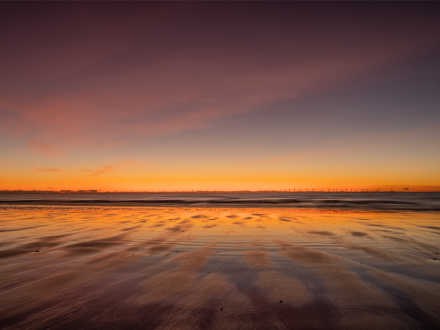 Get to the wildlife wonder that is Walney Island by car, just a short drive over the Jubilee Bridge from Barrow-in-Furness, in South Cumbria.

One of the UK’s most diverse and richest displays of wildlife is the main attraction on Walney Island, with a sighting of grey seals playing in the high tide as a holiday highlight. Did you think a holiday in the Lake District would involve seal spotting?

But there’s plenty of other attractions to look for, in and around Walney Island; Piel Island, which is between Barrow and Walney Island and can be accessed via a small passenger ferry from Roa Island, Barrow. The Ship Inn is the place to head to on the tiny Piel Island.

Walney Island is truly a secret gem when on holiday in the Lake District and a must all-year-round.

This pretty little fishing town is also where you’ll find the La’al Ratty, a delightful narrow-gauge train that runs from Ravenglass up into the mountains to Eskdale. This has to be the most scenic 7-mile train journey in the country and also a lovely little secret to many visiting the Lakes. At Dalegarth Station, Boot, at the head of the Eskdale Valley, you are in the heart of the most remote part of the Lake District. From here there are several walks, hidden away in this tranquil part of the Lakes, to choose from; Stanley Ghyll Waterfall, Blea Tarn, Giggle Alley Japanese Gardens and, of course, Muncaster Castle as well as Muncaster Fell. Muncaster Castle has been home to the Pennington family since 1208 and commands a sought-after position overlooking the River Esk. Its roots go back further, to the Roman age, where remains lie below where the Pele Tower stands today. The castle home, which you can tour inside, is impressive in itself and then there are the gardens, outdoor play parks, walks and Hawk and Owl centre.

During the Industrial Revolution, the remote Eskdale valley was a powerhouse of activity, taking precious slate and iron ore from the mountains for shipping on the coast. Today it is a haven of awe-inspiring wildlife, including the elusive red deer and red squirrel. From Boot, climb up into Hooker Crag or Orton Crag, on the other side of the valley, to enjoy these spectacular creatures in this beautiful habitat. Experienced cyclists may want to return back to Ravenglass via the Eskdale Cycle route, which is challenging in parts but well worth the effort. 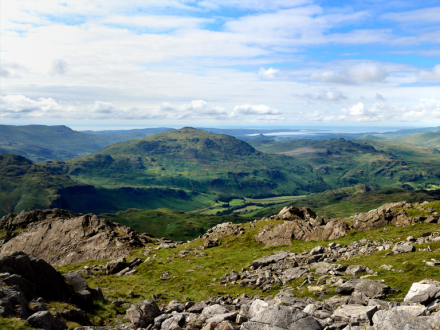 Back in Ravenglass, there is the English Heritage Roman Bathhouse to visit. These are the tallest surviving Roman structure remains in northern Britain, with walls as tall as four-metres. Ravenglass sits on the estuary of the River Esk and River Mite, and the shingly, sandy beach is easily accessible when the tide is out. There’s a family-friendly, sign-posted walk along the waterfront.

Barrow was one of the world’s industrial powerhouses, thanks to the arrival of the Furness Railway in 1846.  Located on the Furness peninsula, with its toe in the Irish Sea and its body in South Cumbria, it was ideally located for shipping Cumbria’s mineral wealth abroad.

A visit to the new West Coast Photo Exhibition at the impressive Dock Museum is an absolute must and one that few people may know about, affording you massive bragging rights. Inspired by the identity and landscape of the unique West Coast of Cumbria, this brand-new exhibition is part of an annual celebration of life on the West Coast, from the early 20th century to the present day,

The photography exhibition opened on 26 October 2019, offering the first-ever collection of lens work celebrating Cumbria’s West Coast. The coveted exhibition, that hosts award-winning artists like Thomas Joshua Cooper and Martin Parr, runs over Christmas and into the New Year, closing on 15 January 2020. As well as stunning work by local artists, this exhibition has bagged some highly-coveted work too, including images from the Sankey Family Photographic Collection from between 1890 and 1960. The Dock Museum is housed in the 1872 former dock building and also home to some spectacular metal sculptures, specially commissioned as a celebration of the docks impressive steel heritage. With the stunning views out across the Irish Sea, and these giant moulded metal-works, you’ll be taking a few photos yourself, we’re quite sure. 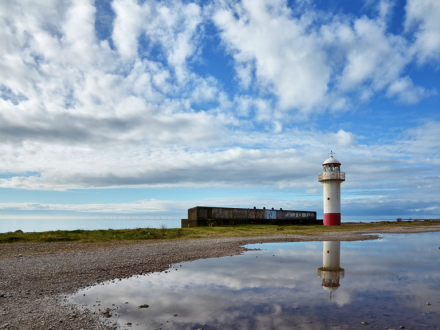 Lighthouse on the shoreline at Millom

It is little-known that Cumbria is home to one of Britain’s most beautiful coasts and even less known that there are beautiful white-sand beaches here too.

Haverigg is the beach to head to if you’re after a big beach with lovely fine white sands, kite flying and wave jumping. Haverigg is just outside the Lake District border, accessed via Broughton-in-Furness – only an hour car drive from Windermere. Arrive at Haverigg and you’ll find a picture-perfect fishing village with a beautiful white-sand beach and children’s playpark. The shingle beach of Silecroft and the shingle and grassy dunes of Milecroft beach are a short walk away from Haverigg too.

Fancy catching a Lake District coastal sunset or dipping your toes in this little-known part of the Lakes? Browse our cottages to book your holiday cottage close to the beach. Alternatively, if you are not sure where you fancy staying and require guidance our experienced customer service team are on hand to help, via the online chat, or email [email protected] or telephone 015394 88855.