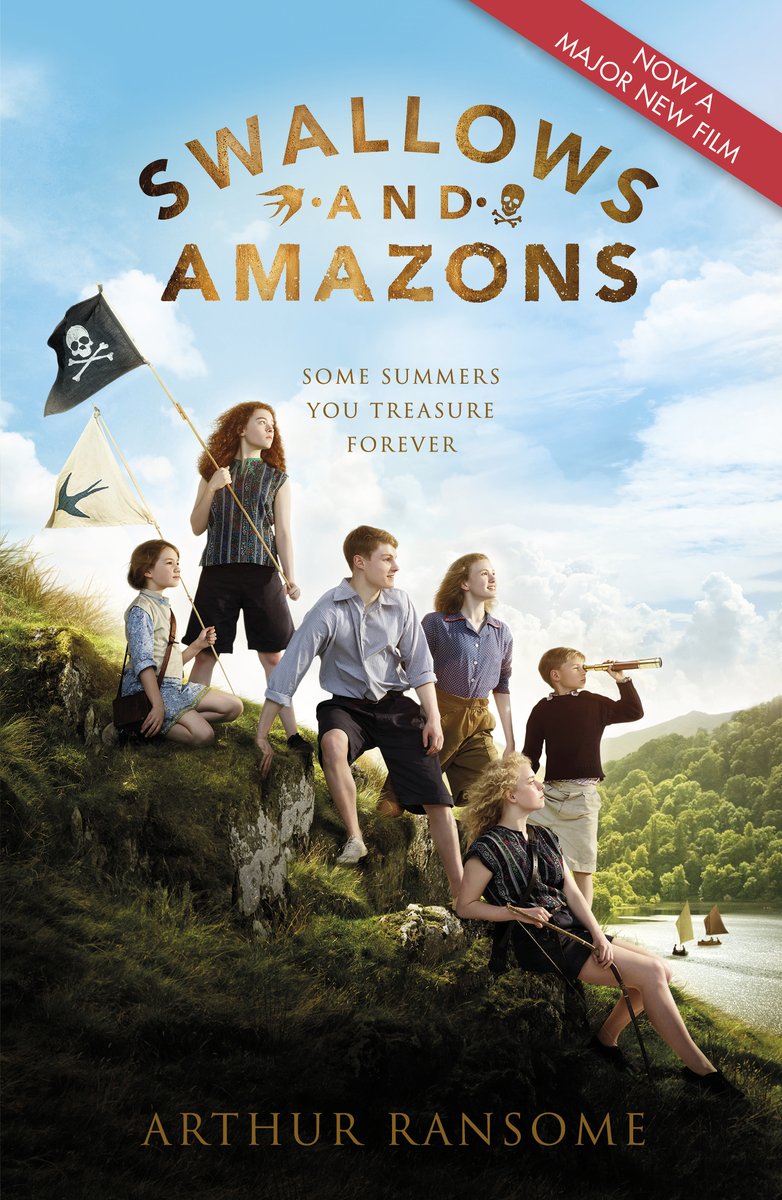 Swallows and Amazons in the Lake District 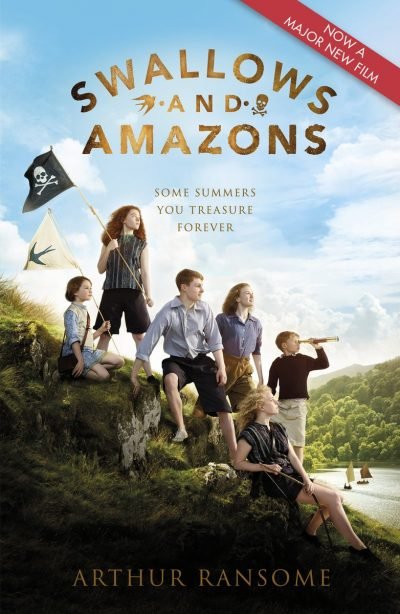 Most kids have read the books and act out the adventures and as adults we never forget the Swallows and Amazons series we read in our childhood years, the way they sparked the imagination for amazing adventures – wild camping, sailing to unknown lands and conquering mountains.

Arthur Ransome’s books have captured the minds of children since he first penned them in 1929.

What child doesn’t want to be an explorer? And, since Ransome based some of his books on the Lake District – where he lived – there are so many places to visit in the Lake District to follow in the footsteps of the Walker and Blackett children.

The first book, Swallows and Amazons, and four sequels – Swallodale, Winter Holiday, Pigeon Post and The Picts and Martyrs are set in a fictional place, but believed to be the Lake District.

It’s thought that Wild Cat Island could be Peel Island on Coniston Water and Kanchenjunga is probably the Old Man of Coniston, with the Peak of Darien being Friar’s Crag on Derwent Water. 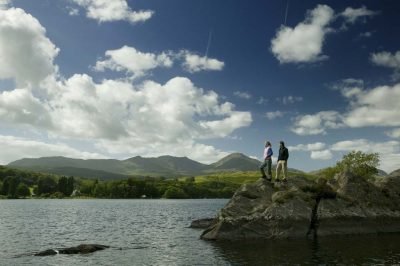 The twelve children’s adventure books tell the story of the Walker children, who sail on a dingy named the Swallow and decide that they are explorers. While the Blackett children, who sail on dingy called the Amazon, declare themselves pirates. After meeting on the lake, the children have a series of school holiday adventures in inter-war rural England.

Swallows and Amazons – The film

Swallows and Amazons has now been made into a film ( a retake of the 1974 film) and last week, the red carpet was rolled out at Keswick’s Theatre By The Lake, as actors from the new screen adaptation arrived for the world premiere of the film, which will be released on August 19.

It tells Ransome’s tale of the two families of children and the latest adaptation also takes influence from Ransome’s real-life role in MI6, which was uncovered a few years ago.

Filming for the much-awaited movie was shot around Derwentwater and Coniston and features 13-year-old Burneside schoolgirl Hannah Jayne Thorp, who plays Peggy Blackett.

The Lake District is without a doubt a great place for children to have fun and use their imagination for wild adventures, just like the Walker and Blackett kids. So, what about these Lake District children activities.

Sail a Boat at Fell Foot Park at Windermere

The little ones can explore Windermere lake by hiring rowing boats at Fell Foot Park, right on the shores of the water. Row out towards the islands or meander down the River Leven and if you time it right, you’ll see a steam engine pass by. A real adventure on the water awaits.

Step on board a steam yacht at Coniston Water

Get aboard a ‘houseboat’ and explore Coniston Water – the place which inspired Arthur Ransome to write his stories. Maybe you’ll be able to spot Wild Cat Island while you chug away across the water which has breathtaking scenery of Coniston Old Man, which is thought to be Kanchenjunga.

Have wild adventures at Wray Castle

The kids will love roaming around a real castle, where they can dress up as kings and queens, climb high in the trees and even do raft-building.

And, their imaginations will soar with the new secret tree house in the woods! Plus, it’s right on the water’s edge too.

Woodland adventures in search of a waterfall at Aira Force

Make your way through beautiful , leafy woodland to find Aira Force. Stroll over the bridge and let the children’s imaginations of secret caves run wild. And, since it’s only a short stroll from the shores of Ullswater, there’s a day full of Swallows and Amazons adventures to be had.

Follow one of many streams, becks and gorges by ghyll scrambling at the Keswick Adventure Centre. They call it ‘caving with the roof off’ and with many waterfalls to climb, there’s a thrilling, wild adventure for the family.

Find out more about the famed author in Kendal

The Arthur Ransome Society is based at the Museum of Lakeland Life in Kendal. At the museum you will find the Arthur Ransome room, where his desk, typewriter, pipes, books and general memorabilia are kept. A great way to find out more about the famed author.

A bit about Arthur Ransome

Arthur Ransome was born in Leeds but the family often travelled to Coniston Water for holidays and that’s where he grew to love the water. He went onto become a keen sailor and it is believed he first learned to sail on Coniston when he was at school in Windermere. Together with his wife Eugenia, he lived in the Winster Valley and Haverthwaite, where he wrote many of his books. He died in 1967 and is buried in Rusland churchyard in the south lakes.