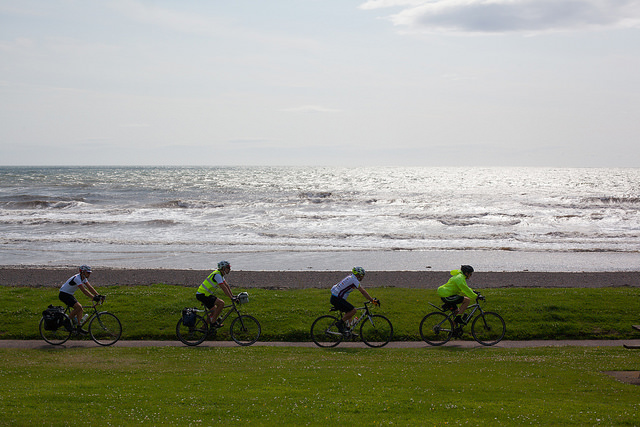 The Tour of Britain Comes to Cumbria and the Lake District

Next month the much-awaited Tour of Britain returns to Cumbria and the Lake District as it hosts the 2nd stage of British Cycling’s premier road cycle.
The 5th of September event is fantastic news for the area and will show the world that Cumbria is very much ‘open for business’ following last December’s floods.

If you’re in Cumbria – whether or not you’re on a Lake District biking holiday – come and line the roads and cheer on the riders.
The Lake District a great place for a cycling holiday, but it’s now the perfect place to watch the sport too!
Among the cyclists racing through the towns and villages will be 20 of the world’s top cycle teams, including Team Sky.
And, Sir Bradley Wiggins has confirmed he will be taking part too. 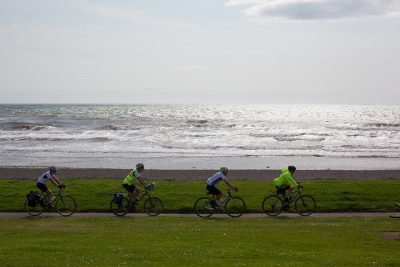 The 195-kilometre Stage Two will get underway in Carlisle city centre before heading through the heart of the Lake District.
The route, which passes through Penrith, Cockermouth, Keswick, Grasmere, Windermere and Ambleside, before the finish atop the testing 11% climb of Beast Banks in Kendal, will include climbs of Whinlatter Pass and the iconic The Struggle.
The route will take in the newly-reopened section of the A591 at Dunmail Raise, the temporary bridge at Pooley Bridge and repaired roads in Carlisle and Kendal.
The Tour of Britain is well-known as the main cycling event in Britain and Stage Two will be a great sporting spectacle in arguably one of the most picturesque places in Britain, making it the perfect Stage to watch. 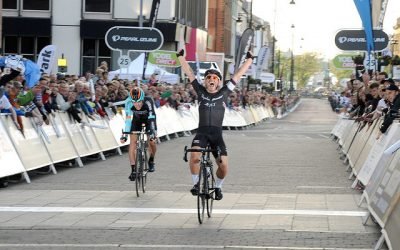 Where To Watch It

Carlisle: If you are planning to watch it at the start, then you might want to get there the day before as Carlisle Cycle Sunday will take place and will include stunt displays and ‘have a go’ cycling activities.

Whinlatter Pass: This difficult climb is an exciting part of the race and a great place to see cyclists pushing hard.

Keswick: After 127-kilometres of racing, the cyclists will make their way through the town centre of Keswick – which will have lots of activities going on for spectators from 11am.
Grasmere: Another exciting viewing spot will be in Grasmere, where time bonuses will be up for grabs for the Yodel Sprints Jersey.

Ambleside: The tough section of the ascent of The Struggle from Ambleside to Kirkstone Pass really is an exciting one. And, if you want to watch this part, will be able to watch on a big screen at the University of Cumbria campus.

Kendal: For those who fancy attending the stage finish in Kendal, there will be lots to do in the town with a ‘promo village’ featuring the stands of race sponsors and other stalls and activities centred around Market Place.
The racers will sprint across the line at Greenside. Or for those of you wanting to watch away from the streets, there will be live coverage in Kendal Town Hall.

There will be some rolling and full road closures on the day, such as the race finish route into Kendal – Crook Road, Windermere Road, Stricklandgate, Highgate, Allhallows Lane, Beast Banks and Greenside.
For more information on road closures see www.southlakeland.gov.uk 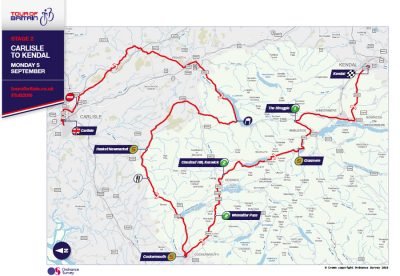 Cycling holidays in the Lake District

If you’ve never considered it before, biking holidays in the Lake District are a great way to sea all that this beautiful part of the world has to offer.

From steep roads and mountains to forests such as Grizedale and Whinlatter, there is so much to discover by bike.
And, we have more than 460 stunning cottages for you to choose from for your Lake District cycling holiday.

Each and everyone has been hand-picked by us, so you’ll be in the best locations for bike trails through the forest, close to bridleways through the countryside and at the foot of fells for a bit of cycling adrenaline.