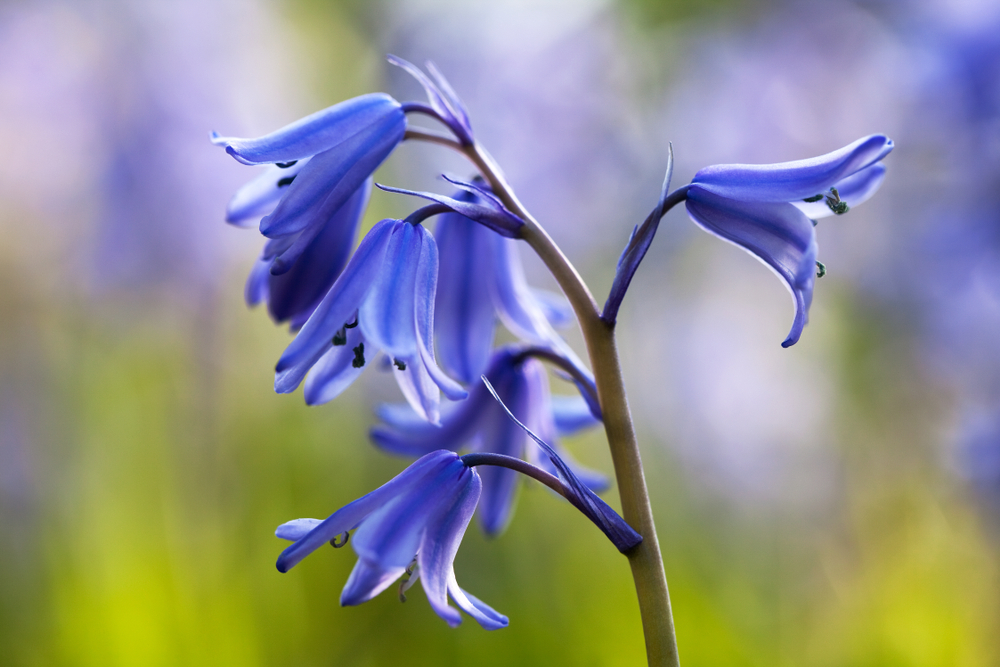 Bluebell Walks in the Lake District

The Lake District is famous for its spectacular bluebell displays and some of the UK’s best places to see them are right here, if you know where to look. There’s natural displays, great swathes of wild bluebells carpeting ancient woodlands and painting fell-sides in their purple/blue hue, as well as cultivated displays, where footpaths let you get nice and close to breathe in their heady scent.

Whilst the spring bluebell show is an annual fixture here on the Lake District calendar, they are a sensitive flower and must be cared for and not taken for granted. Care must be given when visiting these bluebell spots as the sensitive flowers, despite their showy blooms and scent, are shy and don’t like to be disturbed (keep dogs on leads). This is why they thrive in the Lake District’s ancient woodlands and mountains, where the soils have laid unchanged for centuries. In fact, trampling on them not only ruins the display for others but stops the bluebells returning the following year as it can damage their ability to absorb sunlight, which they store in their bulb to return the following year.

We’re hoping for a mild spring so we can enjoy a bumper crop of bluebells, which make their crowd-like appearance from late April to early May.

Muncaster Castle sits at the bottom of Muncaster Fell overlooking the River Esk. It is a 70-acre family-owned rocky, woodland estate. Head around the back to the castle after a walk along The Terrace to take in the views down The Ghyll, to Bluebell Haven. The climb is worth it, to see such a large carpet of bluebells. The haze of native blue stretches as far as the eye can see.

Rannerdale Knott is a perfectly formed small Lake District fell, right on the shore of Buttermere, which is one of the very prettiest lakes in the Lake District. Buttermere is one of three lakes that lies in the glacial Lorton Valley, in the quiet Western Lakes. Lorton Valley is often called ‘the secret valley’ or ‘the valley of bluebells’ and is a must for celebrating bluebell season. Take care here as 80-year-old Raymond, a local farmer and conservationist is the guardian of these precious Rannderdale Bluebells, so stick to paths and don’t pick any blooms.

Just a short walk from the centre of Ambleside, Skelghyll Woods are a very easy way of getting your spring bluebell hit. Enter Skelghyll Woods by following signposts near Waterhead car park to Jenkins Crag. Hop over a stile and you are immediately amidst bluebell strewn woodland. If you’re staying in Ambleside, why not head to the woods in the early morning to catch the golden spring light. Simply bliss.

Instil an appreciation of flowers at an early age and take babies and toddlers on this 2.5 mile, easy, pram-friendly bluebell walk. Take the Keswick Launch to start the adventure and enter Brandelhow Park. Look out for the plaque commemorating the National Trust. These woods were their first Lake District purchase.

Head to the wildest of the Lake District’s valley’s to see this wild and rugged landscape flourishing with wild bluebells. This is the most enchanting and magical bluebell walk in the Lake District, where you can imagine fairies hiding amongst the dancing flower heads. Don’t let any April showers put you off as bluebells drenched in spring showers is quite the sight to behold.