The Tale Of Kitty-In-Boots, a new story by Lake District author Beatrix Potter is to be published for the first time

The Tale of Kitty-in-Boots written by famous local children’s author Beatrix Potter, has lain unseen since 1914 when Potter sent the incomplete manuscript to her publisher.

And this year it will be published for the first time.

Potter said the tale is about “a well-behaved prime black Kitty cat, who leads rather a double life” and apparently features an “older, slower” version of Peter Rabbit. We can’t wait to read it!

Publisher Jo Hanks (Penguin Random House Children’s) discovered the story two years ago, which only features one illustration of Kitty-In-Boots from the celebrated author. The story is to be published and so enjoyed for the first time in September this year with the illustrations, such an integral part of Potter’s children’s tales, completed by renowned illustrator Quentin Blake, which we’re also very excited about!

Blake said: “It seemed almost incredible when, early in 2015, I was sent the manuscript of a story by Beatrix Potter; one which had lain unpublished for 100 years and which, with the exception of a single drawing, she had never illustrated.

“I liked the story immediately – it’s full of incident and mischief and character -and I was fascinated to think that I was being asked to draw pictures for it.

Lakelovers have lots of delightful properties in and around Hawkshead where Potter wrote so many of her wonderful Peter Rabbit and Friends collection. Our self-catering collection includes accommodation just a few hundred yards from Beatrix Potter’s former home and several properties right in the heart of Potter country where you can soak up the very same views and way of life that Potter so loved.

With the 150th anniversary of Beatrix Potter’s birthday being celebrated in 2016, now is definitely the time to come and enjoy the buzz of this much-celebrated author who fell in love with the Lake District and left such a long-lasting impression.

This year we’ve also partnered up with local children’s attraction, The World of Beatrix Potter, so do sign up to our newsletter or join us on Facebook and Twitter where we’ll post information about the exciting 150th Anniversary events, offers and exciting competitions! 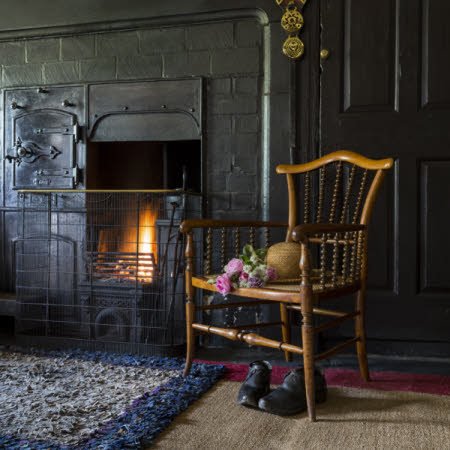 Browse these property photos and enjoy a glimpse of Potter country:

Meadowside Cottage is also in Near Sawrey and enjoys idyllic views out to Hill Top.

Croft End Cottage also in Potter’s sleepy hamlet of Near Sawrey, this cottage is traditionally white-washed sitting so harmoniously in the landscape you’ll feel completely transported to a by-gone era of talking farmyard creatures!